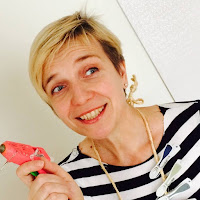 I am engaged in puppet design and make my own short performances for children without words.. After performances we have workshop and make puppets together. I am an artist of to performances of the Latvia Puppet Theater and have had own  children´s puppet theater in Riga (Latvia) in 7 years.
Specialities: Puppet design, paper sculpture, puppetry
Links:
https://www.youtube.com/watch?v=bN2fG0avn90

Studied classic theatre at Acte Neuf/Paris and performance theatre at Nordic Black Express/Oslo. Also studied puppet theatre for one year at University of Oslo. Have studied clowning to become a hospital clown and clown in lderly house.

I am an actress who uses theatre as a tool for communication with people. I work as a hospital clown and as a clown in elderly house.
Specialities: Puppet, clowning, shadow, acting, teaching. I work 3 x/week as a hospital clown. the rest of the week I teach theatre in either norwegian or french children aged 6-10 years. I have different puppet theatre productions. Three of them are solo puppet theatre for children with not much accessories. Easy to travel with. I perform in norwegian, english and french. 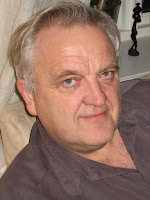 Theatre director, member of the Writers Guild of Norway (NDF), running his own Company: Kulturproduksoner, www.kulturprod.no.
Through many years SG has directed classic dramas, comedien and farces, musicals, theatre for children and youth, puppet theatre, big open air performances, poetry performances, street performances. Well known are his visual outdoor shows during the Olympic Winter Games in 1994: Laterna Magica, that were performed outdoor, in a scenographic world of ice and snow -and performances made for the troups Klomadu teater and his own company Kulturproduksjoner, where he mainly has created puppet theatre.
He has also been an actor himself, done scenografic work for theatre nd written texts for theatre. He has collaborated with a number of theatres and ensembles, such as Hedmark teater, Haugesund teater, Teatr Groteska in Krakow, Academy of Performing Arts in Bratislava, Department of Puppetry, Theater der Nacht, Germany.
Specialities: direction, scenography


SCENOGRAPHER AND ACTOR: SG also work as a scenographer and actor.

For 10 years he was the Chairman of UNIMA-Norway. He then initiated and run the festival “Fri Figur” – biennale for Norwegian puppetry. He has been member of several og´f UnIMA International's International commmissions.

TEACHING: Svein Gundersen has taught students at both bachelor and master level at Oslo and Akershus University College for applied studies.


His subjects are among others theatre history, scenography, directing, puppetry.


Parallel with his work at the University College and his artistic work, SG has during the years been teaching children and youth, and different groups of grown-ups, like choirs and orchestras.


PROPOSALS WORKSHOPS (a selection): can among others teach "from idea to play", dramaturgy, directing, storytelling, puppetry, including object theatre and shadow theatre. May also have workshops with puppet- and mask making. Interested in working as a director. 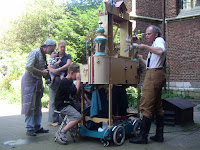 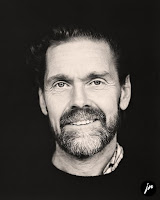 Hilde worked in the Danish movie industry 2005-2012, doing basically every function you can think of behind the camera. Among other things she edited a feature movie starring Kim Bodnia.She worked as an actress in multiple plays in Denmark, Sweden and Norway, the latest, her solo show Heatrquakes premiered in Sweden January 2017, while “Love me tender, love me true”,premiered in November 2015. She worked as a classical singer in Denmark, Sweden and Norway (solo, ensemble and choir), as a singer-songwriter, and in the barbershop group Barbarellas. She wrote, directed, choreographed and cast the Zorro show at High Chaparral 2015, and has choreographed numerous fights for stage in Norway, Sweden and Poland. She is the former chairperson of the NSFS, was awarded the Bear Scholarship by the IOSP in 2015, and became Honorary Fight Director by Fight Directors Canada in 2016.She has been the tutor for several international theater-workshops, latest Expression, connection and movement in Puppetry at Academy of Performing Arts in Bratislava, Department of Puppetry, and done workshops in stagefight for actors in Gothenburg and Copehagen.Currently she is teaching theater at Linjen för Scenkonst in Linköping, Sweden, and works as a freelance actor and workshop-leader. She also teaches private students in voice work and in stage combat, is a guest teacher at Oslo and Akershus University College, choreographs the combats for Kristinspillet , and is an outside eye for the performances “En skam för insta” and “Århundradets kärlekssaga”, that both will have their first nights in 2017.

Associate professor of drama and theater


Through many years KH has acted in puppet theater, classic dramas, comedies and farces, theatre for children and youth, big open air performances, poetry performances, street performances, and as a storyteller and folksinger. She has worked as an actor at different stages around Norway, in projects and companies that have got support from national, regional and local grants. Her last work is among others A mother´s Sonata (actor), When the animals talk (storyteller), Die Nacht der Puppen (actor/puppeteer), Walking with Ibsen (maskplayer/actress), “Henrik and Vesle-Brunen” (puppeteer/storyteller), “The story of Åsmund Frægdagjeva” (storyteller), “Nightopen” (poetry interpretation), The black death  (actress), “The church builder” (actress), “The fiery song” (actress/singer) - all performed in the periode 2009-17.

She has been norwegian delegate on several of UNIMA International congresses, and is currently member of the Communication and Public relations commission in Unima International.